Looking for something to do this weekend?  If your idea of a good time involves travel to pseudo-exotic locales, counting in foreign languages, and great craft beer, I’ve got just the event for you.  This Saturday (Jan 14) Homestead Beer Co. is throwing a party to celebrate their fourth anniversary.  The event comes with all of the ingredients one expects in an event of this magnitude: a bottle release (Drie Triple IPA), a food truck on-site (Moe’s Original BBQ food truck), special casks and beers on tap, plus something that doesn’t accompany every birthday party – an adult spelling bee.

Drie is the German word for three. The beer of the same name was first brewed for last year’s third anniversary party, appropriately enough.  It was so good they decided to bring it back for this year’s shindig.  The flavor profile is a mixture of spicy phenolics and fruity esters from Unibroue Belgian/Canadian yeast strain and boatload of hop aroma and flavor. I missed the Drie release last year, but brewmaster/owner Adam Rhodes describes it this way:

“It combines the incredible ester profile from the custom Belgian yeast we use in our Winter Belgian run with a giant load of popular, new school hops, some old classics and even a dash of hops that are neither here nor there. The Belgian esters fit so comfortably with all of the tropical and citrus notes from the hops to create a beer so much greater than its parts.”

The 10% abv/98 IBU triple IPA will be available on tap, as well as in 22 oz bottles that sell for $9.99 (limit of 4 per customer).  As an aside if you’ve not been to Homestead taproom you’ll be pleasantly surprised by the low prices of drafts.  This is a place where you get a good band for your buck. In my book $10 for a limited edition Triple IPA is no different.  If you are looking for more than great beer and good company there will be a special Trivia Night contest from 2:00 PM – 4:00 PM, an adult spelling bee from 6:00 PM – 8:00 PM, hourly tours of the brewery, and special hourly Homestead Beer Co. trivia questions with awesome swag prize giveaways.

Four years in the craft brewing industry is like 28 people years, and folks at Homestead brew up some tasty craft beer. So set aside a few hours on Saturday, brush up on your spelling of obscure beer-related words (Zymurgy has two y’s) and head out to Licking County to help them celebrate.  Doors open at noon. 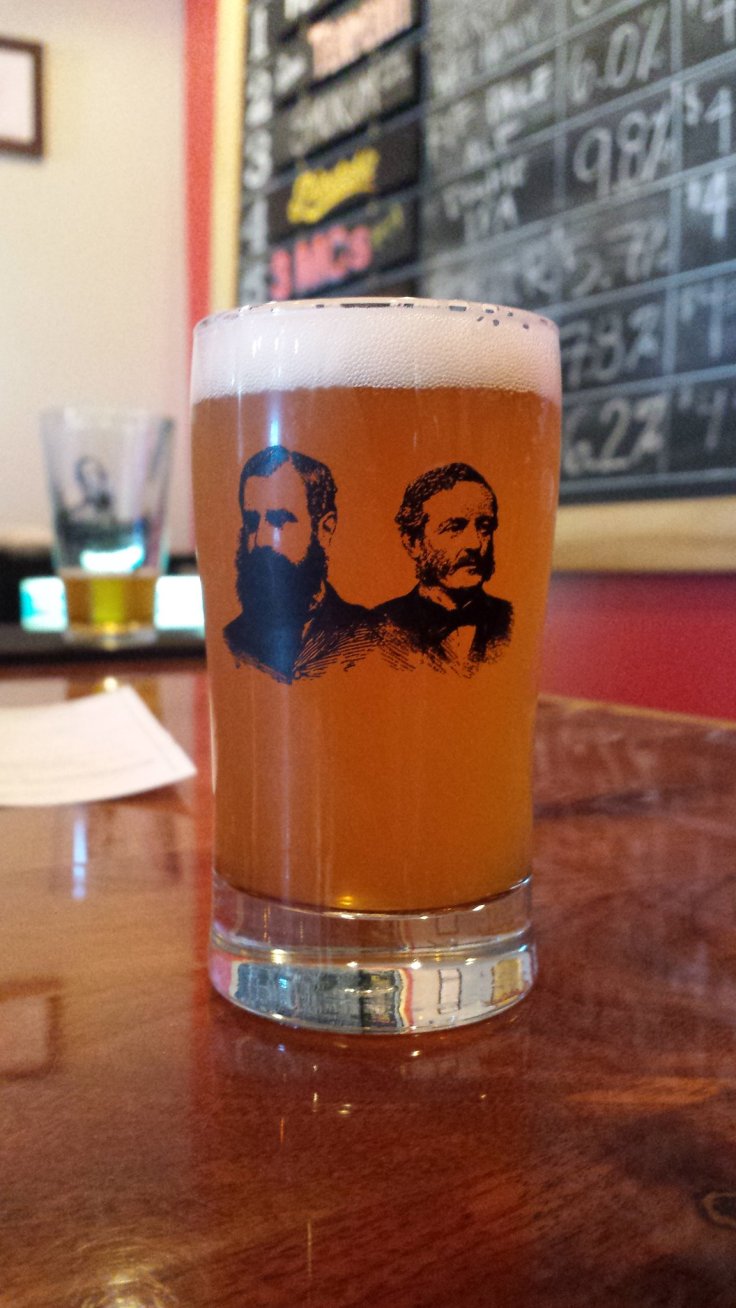